7 ways to succeed at SEO with Rand Fishkin 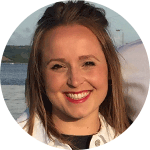 Self proclaimed Wizard of Moz, Rand Fishkin is the founder and former CEO of inbound marketing site – Moz.

As an addict of all things content, search and social on the web, Rand has multiple blogs and often speaks at events about his experience of seo and the digital marketing space.

1. Optimise your life and optimising seo will come naturally

“I think I've always loved trying to optimise things - it's why I loved games like Tetris and Simcity as a kid, and getting luggage to fit into a trunk in just the right way.

“Seo is a lot like that - it has a creative side and a technical side, and you get to play both detective and scientist as you find - often through trial and error combined with observation - what works best.”

“Sadly, there's a lot of history of spammy and manipulative operators in the field - for that, I blame the search engines themselves.

“If Google and Microsoft and Yahoo! had been transparent about how their systems worked, it would have forced seo practitioners to share their methodologies and how they aligned with what the engines were up to.

“That opacity kept non SEOs in the dark and let a lot of underhanded practices thrive in the early days.

“For almost 15 years, the industry has been fighting to earn a better reputation, and although that's happening, it can be slow.”

“So long as search is a major driver of web traffic - and it shows no signs of slowing; year over year, Google went up nearly 15% in Q1 of 2015 - seo will be hugely important to digital marketing.

“Search traffic is incredibly well qualified and high quality, which is why advertisers are willing to spend upwards of $40 billion/year to buy ads Google puts in front of it.

“What some folks may not realise is that 80% of all clicks on search results go to organic results, and the only way to influence those is through seo.”

“1) Be as fast on email as humanly possible - my average reply time has never been more than eight hours over the course of a week - even when on vacation - and I reply to almost every email I get.

“2) Turn over cross company and cross team communication to people who are far more qualified and competent than I at building systems for that.

“We have a few forms of interaction at Moz including formal, quarterly planning meetings where each team shares their proposed roadmap and we interact as a group to give feedback and make sure dependencies and priorities are understood by all.

“We also have lots of informal communication that takes care of the vast majority of that work - I strongly prefer informal connections to formal process when it's possible to do so and still remain effective.”

6. Allow your life experiences to reflect back into your work ethics

“Broadly, I think travel has helped make me more empathetic to the situations, frustrations and struggles that people find themselves in.

“Over the years, I've tried less and less to judge a person or an action until I know the full story, and I rarely ever do, which means I rarely ever judge.”

“I once wrote a blog called 24 of the things I'd want to tell my younger self, but to be honest I'd probably not try to give my young self any advice until I hit at least 24 or 25.

“The first lesson on this list is don’t conflate revenue with success, especially not long term.

“Many of the best things we’ve done have cost or lost money in the short run, but built a better brand over the years because of it.”